Map Monday: Annotated Map of Sobel's "For Want of a Nail" by Tsar of New Zealand

Perhaps one of the more influential works of the alternate history genre is Sobel's 1973 novel, For Want of a Nail. This faux textbook, complete with footnotes, describes the history of the world after the Americans lost the Battle of Saratoga. After the American Revolution is crushed, Britain organized the colonies into the Confederation of North America, while the defeated rebels settled in Texas and conquered Mexico, recreating it into the United States of Mexico. Not only did this book inspire a a large collaborative fan fiction project, but its style is still duplicated today on online alternate history forums.

Fans have, of course, made maps of the timeline. The North America maps are the most famous, but a few have taken a shot at creating a believable world map. For example, Bruce Munro has made not one, but two versions of a For Want of a Nail world map. The problem is Sobel was never that clear on locations so fan made maps are always rather speculative. Case in point, is Victoria located in the Middle East or Kenya? Well Tsar of New Zealand is one of the more recent alternate cartographers to take a shot at For Want of a Nail with his annotated map: 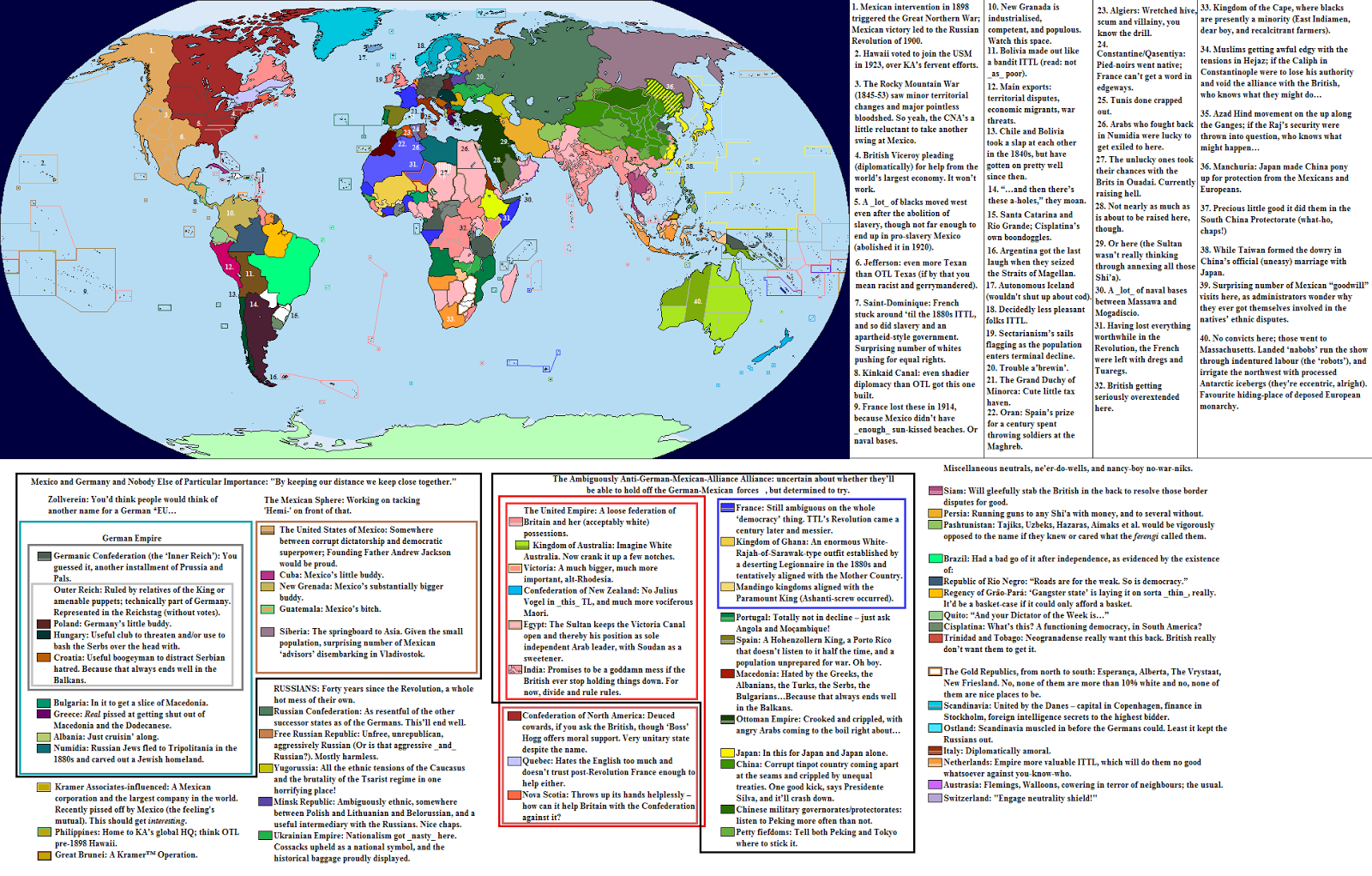 The map is in the Munroist style, with its numerous annotations, but Tsar differs from Bruce in certain aspects, such as not including Siberia as part of Japan. He even gave a brief description of this world, filling in his own details to what Sobel left out. All and all, a really well-done map of a famous work of alternate history.

Honorable mentions this week goes out to Bruce's "Different Cold War" map (description here) and False Dmitri's "Captaincy-General of East Florida". Furthermore, don't forget to submit your map to the Alternate History Hub's fictional map contest. If you want to submit a map for the next Map Monday, email me at ahwupdate at gmail dot com with your map attached and a brief description in the body of the email.