What If Wednesday: The Soviet Union Wins the Cold War 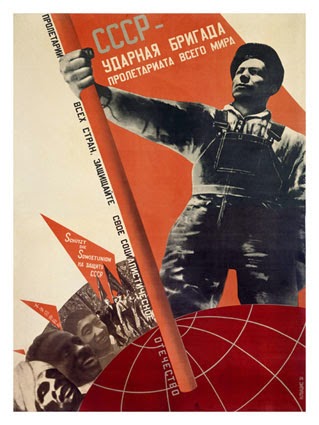 I was sitting in a meeting about hedge funds the other day at work and I started thinking: would this meeting be taking place in a world where the Soviet Union won the Cold War?

It is difficult to use words like "won" in alternate history, because not all historical events have a clearly defined winner and loser. Just because the Soviet Union doesn't exist anymore is not evidence that the United States won the Cold War, only that Russia got a new government (and is now trying to get their empire back). At least in this scenario I define "won" (or "wins) as a world that most resembles the present, except with the roles of the United States and the Soviet Union/Russia reversed.

I always liked the idea of using Operation Downfall to create such a world. Perhaps the Manhattan Project fails to produce a bomb in time or else Truman listens to some of his advisers who were critical of its effectiveness. Either way, the worst predictions for Japanese resistance proves correct and millions die. Meanwhile, the Soviets take advantage of the fighting to invade Japanese-occupied China (Mao conveniently dies and is replaced be someone more pro-Soviet, thus hopefully forestalling the Sino-Soviet split) and Korea (which is united under communist rule and thus the Korean War is avoided) and even launch an amphibious invasion on Hokkaido. The Japanese eventually surrender and the island is split between a Soviet-controlled north and an allied controlled south (much like this map).

The huge loss of life so soon after V-E Day takes a huge toll on America's willingness to involve themselves in any more foreign affairs. Non-interventionist Robert Taft wins the Republican nomination and eventually the White House. The New Deal is rolled back and proposals like the Marshall Plan and NATO are rejected. Turkey and Greece fall to communism, encouraging Western Europe to band together to defend themselves, but follow a policy the can be characterized as Finlandization so as not to anger their neighboring superpower. The Soviets, happy to use them as their bankers, agree to this relationship.

Things go well for the Soviets in the 50s and 60s. As decolonization takes place more nations adopt communism or socialism, giving the Soviets new trade partners, which helps the war-battered Soviet economy. De-Stalinization happens at a more rapid and expanded pace under General Secretary Lavrentiy Beria who even grants more autonomy to Soviet republics and international Communist organizations are reformed to allow non-Russians to ascend to positions of authority (I'm not sure if the Warsaw Pact would exist in this timeline without NATO, but something might arise in response to any European unification). Without the intense competition with the United States, the Soviets are able to spend more money on their infrastructure and consumer goods, thus the life of an average Soviet citizen is relatively better in this timeline.

Eventually something happens to get America outside of its isolation. Perhaps too many nations in the Americas adopt communism/socialism touching off a different Red Scare powered by the stark realization the world is going red. America overcompensates, intervening in Latin America using ridiculous amounts of force causing a lot of collateral damage. Meanwhile, a form of McCarthyism on steroids is adopted as domestic policy in effort to defend America from commie takeover. Civil liberties are rolled back and traditional American values are enshrined, thus social progress slows considerably. Peaceful civil right protests are met with force and more African-Americans turn to violent means for their freedom. Catholics, Mormons and Jews also find life in America to be difficult. Gender equality is postponed and the less said about how homosexuals are treated the better.

Now even with an increasingly fascist United States and a more moderate Soviet Union, there is still no guarantee the Soviets will come out on top in this universe. There are still economic weaknesses inherent in communism and their is always a chance there could be a nuclear war and that means no one wins. The further we get from the original point of divergence, the less plausible my speculation becomes. Still I promised a what if where the Soviets win and by God I will give you that.

Let's assume the Soviets continue to institute economic reforms while the Americans continue to isolate themselves through their actions at home and abroad. To maintain control of the White House, the dominate party makes a deal with big business to support them in exchange for little or no regulation of the economy. A new era of economic inequality grips the country, meaning the average American can enjoy low wages, few benefits and possibly early death after being drafted to prop up some dictator in Latin America or elsewhere. Minorities have it even worse off and are using terrorist methods to make their anger known, meaning sometimes federal troops are called to pacify parts of Americas (especially the Deep South).

Eventually there is a really bad recession around election time and a reform candidate actually gets elected with enough members of Congress on his side that he can actually get some of his policies implemented. The plutocrats flip out about this "New" New Deal and something like the alleged Business Plot is actually carried out by some willing generals who arrest the President, his Cabinet and members of Congress under some trump upped charge regarding voting irregularities or something.

This backfires as people take to the streets and some state governments threaten to secede. When soldiers refuse to fire on the protesters, the civil disturbances quickly turn into a revolution. The President is released, American troops are withdrawn from whatever countries they were occupying and a whole new era of leftist policies begins in America. Perhaps a few states might make good on their secession threats, but the United States lacks the ethnic/religious differences that the different Soviet Republics had with Russia. Although Hawaii, Utah and parts of Black Belt are possibilities.

As the United States struggles to reinvent itself, the Soviet Union declares "victory" by pointing out the success of the Communist system. In reality this Soviet Union is more like our timeline's China. It practices a version of "market socialism" with a healthy dose of technocracy. The average Soviet is better off than our timeline, they have jobs and a large welfare system, but it still isn't anywhere near this timeline's level. There is no Internet as we know it and Soviets don't try to hide the fact that they spy on their citizens (smile for the camera, comrade). Most nations practice some version of socialism, either on the Soviet model or one of their own making, with those few hard-lined communist states generally not being pleasant places to visit for anyone. There are still some capitalist states, mostly in Europe and North America, who are more to the left than some would be in our timeline. I am not sure what the Space Race would be like in this timeline and I am hesitant to just say "the Soviets landed on the moon, huzzah" without more research.