What happens when a villain becomes a hero?

Mr. Hyde is trapped, locked in Dr. Jekyll’s surgical cabinet, counting the hours until his inevitable capture. As four days pass, he has the chance, finally, to tell his story—the story of his brief, marvelous life.

Summoned to life by strange potions, Hyde knows not when or how long he will have control of “the body.” When dormant, he watches Dr. Jekyll from a remove, conscious of this other, high-class life but without influence. As the experiment continues, their mutual existence is threatened, not only by the uncertainties of untested science, but also by a mysterious stalker. Hyde is being taunted—possibly framed. Girls have gone missing; someone has been killed. Who stands, watching, from the shadows? In the blur of this shared consciousness, can Hyde ever be confident these crimes were not committed by his hand?

“You may think you know Dr. Jekyll, but this Hyde is a different beast altogether."—Jon Clinch, author of Finn

"Prepare to be seduced by literary devilry! Go back to Victorian times to find a very postmodern whodunit. Visceral prose, atmosphere you could choke on, characters who seem to be at your very shoulder."—Ronald Frame, author of Havisham

"Hyde brings into the light the various horrors still hidden in the dark heart of Stevenson’s classic tale of monstrosity and addiction. Devious and ingenious, it is a blazing triumph of the gothic imagination."—Patrick McGrath, author of Asylum

The Pilgrims by Will Elliott

Eric Albright is a twenty-six-year-old journalist living in London. That is to say he would be a journalist if he got off his backside. But this luckless slacker isn’t all bad—he has a soft spot for his sometimes friend Stuart Casey, the homeless old drunk who mostly lives under the railway bridge near his flat. Eric is willing to let his life just drift by…until the day a small red door appears on the graffiti-covered wall of the bridge, and a gang of strange-looking people—Eric's pretty sure one of them is a giant—dash out of the door and rob the nearby newsagent. From that day on Eric and Case haunt the arch, waiting for the door to reappear.

When it does, both Eric and Case choose to go through…to the land of Levaal. A place where a mountain-sized dragon with the powers of a god lies sleeping beneath a great white castle. In the castle the sinister Lord Vous rules with an iron fist, and the Project, designed to effect his transformation into an immortal spirit, nears completion. But Vous's growing madness is close to consuming him, together with his fear of an imaginary being named Shadow. And soon Eric may lend substance to that fear. An impossibly vast wall divides Levall, and no one has ever seen what lies beyond. Eric and Casey are called Pilgrims, and may have powers that no one in either world yet understands, and soon the wall may be broken. What will enter from the other side?

Strands of Bronze and Gold by Jane Nickerson

When seventeen-year-old Sophia Petheram’s beloved father dies, she receives an unexpected letter. An invitation—on fine ivory paper, in bold black handwriting—from the mysterious Monsieur Bernard de Cressac, her godfather. With no money and fewer options, Sophie accepts, leaving her humble childhood home for the astonishingly lavish Wyndriven Abbey, in the heart of Mississippi.

Sophie has always longed for a comfortable life, and she finds herself both attracted to and shocked by the charm and easy manners of her overgenerous guardian. But as she begins to piece together the mystery of his past, it’s as if, thread by thread, a silken net is tightening around her. And as she gathers stories and catches whispers of his former wives—all with hair as red as her own—in the forgotten corners of the abbey, Sophie knows she’s trapped in the passion and danger of de Cressac’s intoxicating world.

Glowing strands of romance, mystery, and suspense are woven into this breathtaking debut—a thrilling retelling of the “Bluebeard” fairy tale.

The Time Traveler's Almanac by Ann VanderMeer and Jeff VanderMeer

The Time Traveler's Almanac is the largest and most definitive collection of time travel stories ever assembled. Gathered into one volume by intrepid chrononauts and world-renowned anthologists Ann and Jeff VanderMeer, this book compiles more than a century's worth of literary travels into the past and the future that will serve to reacquaint readers with beloved classics of the time travel genre and introduce them to thrilling contemporary innovations.

In fact, this book is like a time machine of its very own, covering millions of years of Earth's history from the age of the dinosaurs through to strange and fascinating futures, spanning the ages from the beginning of time to its very end. The Time Traveler's Almanac is the ultimate anthology for the time traveler in your life.

William Shakespeare's The Empire Striketh Back by Ian Doescher 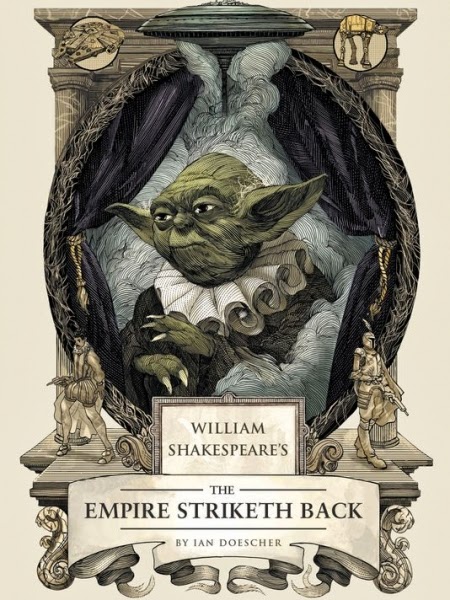 Hot on the heels of the New York Times best seller William Shakespeare’s Star Wars comes the next two installments of the original trilogy: William Shakespeare’s The Empire Striketh Back and William Shakespeare’s The Jedi Doth Return. Return to the star-crossed galaxy far, far away as the brooding young hero, a power-mad emperor, and their jesting droids match wits, struggle for power, and soliloquize in elegant and impeccable iambic pentameter. Illustrated with beautiful black-and-white Elizabethan-style artwork, these two plays offer essential reading for all ages. Something Wookiee this way comes!

Taya, the metal-winged icarus whose investigation helped defeat a plot against Ondinium and its populace, is assisting her exalted husband Cristof Forlore on his fi rst ambassadorial mission. They must learn about Mareaux’s experiments in airship technology and determine whether the ostensibly scientifi c vehicles might be used for warfare — a taboo for Ondiniums, whose domination of the air is tempered by a deep cultural abhorrence toward airborne weapons after the devastation of the Last War a thousand years ago. 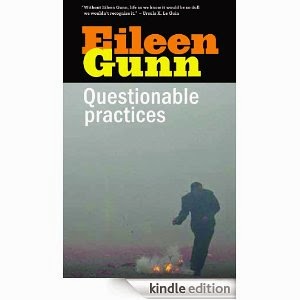 Light fuse and get away!

Good intentions aren’t everything. Sometimes things don’t quite go the way you planned. And sometimes you don’t plan. . . . This collection of sixteen stories (and one lonely poem) wittily chart the ways trouble can ensue. No actual human beings were harmed in the creation of this book.