What the hell happened to Mitro?

Well I'll tell you. On top of a pregnant wife and house hunting, there has been some shake ups in my department leaving a lot of room for promotion. My career has taken precedence over my writing, but with the Thanksgiving break coming up, I am going to give myself a day of writing to get ahead of the next couple of weeks before I take a long break in December.

In the meantime, look forward to an article on what if JFK had lived by me. Yeah a little late I know, but when have I ever had a sense for timing? Sadly no New Releases this week, but perhaps I will have a nice preview for you.

Book Two of the Heaven’s Gate Trilogy, Once Upon A Time in Hell, by Guy Adams will be published on Dec 31, 2012. Here is the description from the press release:


Guy Adams returns to his incredible Steampunk Wild West world with the sequel to The Good The Bad And The Infernal!

One day every hundred years, a town appears, its location and character different every time. The town’s name is Wormwood and it is a gateway to heaven itself. Wormwood has appeared, and with it a doorway to the afterlife. But what use is a door if you can’t step through it?

Hundreds have battled unimaginable odds to reach this place, including the blind shooter Henry Jones; the drunk and liar Roderick Quartershaft; that most holy, yet enigmatic of orders, the Brotherhood of Ruth; the inventor Lord Forset and his daughter Elisabeth; the fragile messiah Soldier Joe and his nurse Hope Lane. Of them all, Elwyn Wallace, a young man who only wanted to travel west for a job, would have happily forgone the experience. But he finds himself abroad in Hell, a nameless, aged gunslinger by his side. He had thought nothing could match the terror of his journey thus far, but time will prove him wrong.

On the road to Hell, good intentions don’t mean a damn…

The first book in the trilogy, The Good, The Bad and The Infernal, was released by Solaris last April. Will you be reading up on this Weird Western?

Lovers of those graceful flying whales will enjoy this news. Airship 27 Productions has released their namesake title, Zeppelin Tales.

“I doubt there could be a more inevitable title for us than this one,” joked Airship 27 Managing Editor Ron Fortier. “Even since we started publishing new pulp novels and anthologies, many of our readers would point to our logo and ask when we were going to get around to doing a book about airships.”

As the press release explains: In the early 20th Century, German Count Ferdinand von Zeppelin pioneered the creation of rigid, lighter-than-air crafts capable of long distance flights. During World War One, they were adapted for military use as long range bombers wreaking havoc upon Great Britain from their lofty positions high above the clouds where fixed-winged fighters could not reach them. After the war, the Zeppelins became pleasure ships utilized in luxury Trans-Atlantic Flights and highly popular. These machines inspired the pulp writers of the 1930s and they remain fundamental to many alternate history and steampunk works of today.

Fortier states that as much as he was always keen on the idea, other projects kept taking precedence. Then a few years ago one of their regular contributors pushed the matter to the foreground.

“Writer Frank Schildiner wrote one day pretty much asking if we were ever going to get to this particular theme as it begged to be done. I no longer had any legitimate excuse not to tackle the project. We put out the word and within a few days two of our finest pulp writers answered the call.”

This debut volume include Jim Beard’s new hero, Tracer Talbot, as he encounters a mysterious pirate airship and her crew. Meanwhile writer I.A. Watson sets off on an aerial adventure aboard an experimental Zeppelin built to explore the skies of an alien dimension. Each story is illustrated by Pedro Cruz, and the book features a stunning cover by artist Mike Fyles with Art Director Rob Davis providing the book’s overall design.

If you pick this volume up, let The Update know what you think.

Feast your eyes on some new videos for alternate historians. First up is the features trailer for Crusader Kings II: Sons of Abraham:
Next up, Epic Rap Battles of History returns with Bob Ross vs. Pablo Picasso:
Finally, lets learn about the Civil Rights movement and 1950s America in another Crash Course video: 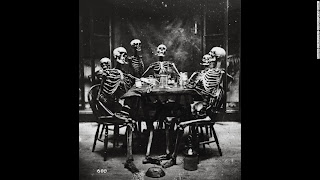 Dec 16: Deadline to submit your paper to the Sights and Frights: Victorian Visual Culture, Horror and the Supernatural conference at the University of Sussex.

Time travel's impossible destinations by Damien Walter at The Guardian.
What is Steampunk? by Richard Ellis Preston, Jr. at SF Signal.

The 10 most insane alternate reality versions of popular superheroes by Esther Inglis-Arkell at io9.
CLOCKWORK ANGELS: The *Graphic* Novel by Kevin J. Anderson.

The 14 Strangest Moments in Doctor Who Alt-History by Bluehinter at Observation Deck.

Matt Mitrovich is the founder and editor of Alternate History Weekly Update and a blogger on Amazing Stories. His new short story "Road Trip" can be found in Forbidden Future: A Time Travel Anthology. When not writing he works as an attorney, enjoys life with his beautiful wife Alana and prepares for the inevitable zombie apocalypse. You can follow him
Posted by Mitro at 11:00 AM