Meanwhile, I am going to be reading and reviewing Hitler Invades England by Colonel George Crall and Clopton's Short History of the Confederate States of America, 1861-1925 by Carole Scott.

Here are few posts to keep an eye out for: "The Pros and Cons of Textbook Alternate History" and "Nightmare PODs...or not."

While this Weekly Update's true purpose is to keep our readers informed about what is new in alternate history, I also like to share opportunities available for those among us who wish to be published authors.  I am pleased to announce two new calls for anthology submissions that were announced last week.

The first is by John Joseph Adams who is collecting recommendations for a reprint anthology called Other Worlds Than These.  Those interested in making those recommendations can do so at his Parallel Worlds Database.  Adams is also willing to submissions for the author's themselves.  Send an email to Adams with a copy in RTF or Doc format to jjadams.anthology [at] gmail [dot] com.

The second call for submissions comes from Dark Moon Digest, a horror fiction quarterly.  They are putting together a alternate history/horror anthology with the working title Zombie Jesus and Other True Stories.  Deadline is May 31st and you can find more information here.  I am already working on a new short story for this submission and I hope some of our readers will join me in submitting. 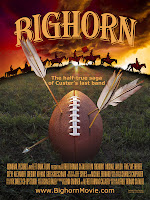 What does General Custer and the New England Patriots have in common?  The question is not as silly as it sounds.  General Custer's bandmaster was an Italian immigrant named Felix Vinatieri and was the great-great-grandfather Patriot's kicker Adam Vinatieri.  That was the same Vinatieri who with seven seconds left in the 2002 Super Bowl kicked a 48-yard field goal and won the game.

Now in OTL, Felix Vinatieri was ordered to stay behind at the 7th Cavalry's Powder River camp and missed the Battle of the Little Bighorn...but what if he did not?  That is the POD for the award-winning, 15-minute short film Bighorn (which describes itself as a supernatural historical fantasy.  Those interested in watching the film can do so on the film's website.  You can also learn more about the film on their Facebook page. 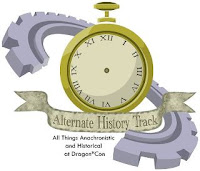 It was announced on January 11th that the Artifice Club will be running the Alternate History track at Dragon*Con.  The Artifice Club describes itself as "a society of steampunks, retrofuturists, and like-minded creative folk who host and run amazing events."  I wish the Artifice Club the best of luck and it is shame I will not be able to attend.  If any of my readers are going to Dragon*Con, please let us know how it went.

Feature: Taft 2012 by Jason Heller at the AV Club.

Review of 11/22/63 by Stephen King done by Bane of Kings at The Founding Fields.

Review of The Eyre Affair by Jasper Forde done by 15GoldsmithA at Youth Voices.

Review of Half a Crown by Jo Walton done by Jenny from Shelf Love.

Review of Tears of the Sun by S. M. Stirling done by Storybook Forest.

A Nicer by Nixon? at Y Files.

Life After Terra Nova: 4 Sci-Fi Subgenres We'd Like to See on TV by

Getting serious about video games by Thomas E. Rick at Foreign Policy.


* * *
Mitro is founder, editor and contributor of Alternate History Weekly Update. When he is not busy writing about his passion for alternate history, he spends his time working as a licensed attorney in the state of Illinois and dreams of being a published author himself one day.
Posted by Mitro at 2:36 PM