Since the people have spoken, I bring you news from the wide world of airships... 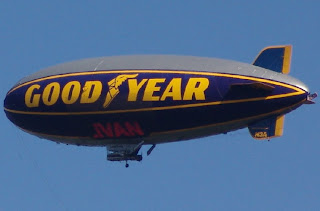 Goodyear has ordered new semi-rigid airships from Zeppelin NT.  They will still likely be called blimps, especially due to Goodyear's new marketing ploy.  If you would like to learn more about Zeppelin NT and happen to live in California with $375 to spend, you can take a sightseeing tour on the Eureka.

The MZ-3A, or Warlock 9, made a flight across New York Harbor on Nov. 9, signalling the US Navy's return to using airships.  This new weapon of war has also been named "Best of What's New" by Popular Science.


The above is a trailer for the steampunk, MMO airship co-op game by Muse Games called Guns of Icarus.  So even if you cannot get your hands on a real airship, there is a digital one waiting for you. 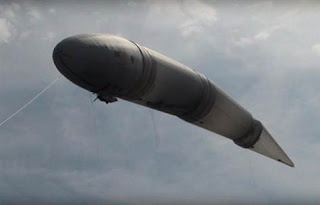 The Argus One, an unmanned drone "sky worm" that has the flexibility to quickly change its flight path as it slinks through sky and can carry 30 pounds of surveillance sensors or cameras.  Recent test flights of this strange looking airship were successfully completed without air fish trying to eat the bait...I mean airship.
Posted by Mitro at 11:00 AM